In the summer of 2011 legendary drummer, Mike Clark (Herbie Hancock and the Headhunters) recorded with Tony Adamo on a new cover of Tower of Power's "Soul Vaccination." It was at this session a music alliance was formed between the two and Clark became the music producer for Adamo's new CD, MILES OF BLU. Clark had played on Adamo's previous CDs. To complete the mix, Clark brought on board Tim Ouimette, the very talented and highly respected musician, trumpet player, big band leader and music arranger. Ouimette worked with Ray Charles for many years. As music industry insiders who have listened to some of the new cuts off MILES OF BLU have commented, this trio has come up with a fresh new sound in vocal/hip-spoken word laced with a funk musical attitude. Tim Ouimette said, "This project is so original and bluesy groovin' and is sending all the right messages. I am just really happy to be involved." Late in 2012, Scott Elias, owner or Random Act Records heard Adamo's new music and signed him as a Random Act Artist. MILES OF BLU will be released by Random Act Record on May/20/ 2013.

Artist's that have recorded on Tony Adamo's music: 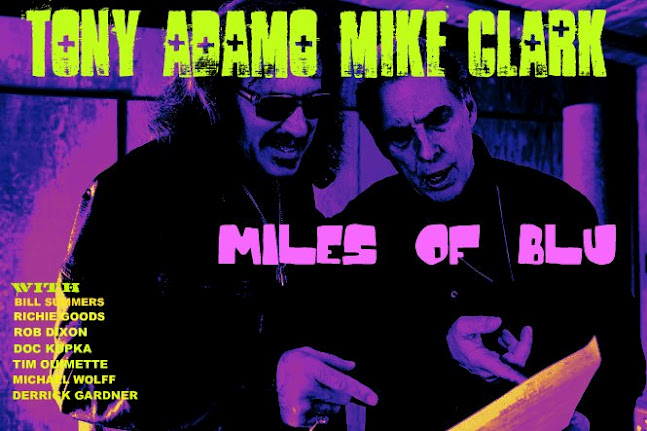