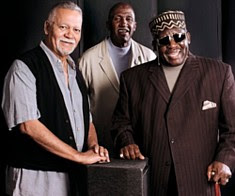 Beginning today (May 20) in Oakland, CA, pianist Joe Sample will revisit his past as he begins a limited tour with the legendary Jazz Crusaders, a group he helped for more than 50 years ago.

Two year ago, Sample toured with the Crusaders – the group shortened its name in 1970 – with original member Wilton Felder on sax, as well as guest guitarist Ray Parker Jr.

Sample says it was Hooper, indirectly, who helped name the group. “We were all there in the control booth and Dick Bock and the other representatives of Pacific Jazz Records said, well what’s your name? What’s your name? And we all were coming up with these silly names. And Stix Hooper’s woman of his life said to us, I always thought that you guys were crusading for jazz. So it’s obvious to me you are the Jazz Crusaders. And we said, yeah, that’s it.”

Just a few of the Crusaders’ best-known songs are “Street Life” and “Put It Where You Want It,” the latter featuring Larry Carlton on guitar. 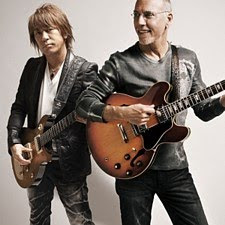 When guitarist Larry Carlton left the smooth jazz supergroup Fourplay earlier this year and was replaced by Chuck Loeb, he said he wanted to concentrate on his solo projects. Now, Carlton has announced that the first to be released is Take Your Pick, a collaboration with Tak Matsumoto, one of the most renown guitarists in Asia.

The 12-song CD features an updating on Carlton’s “Nite Crawler,” as well as “Jazzy Bullets,” “Islands of Japan,” “Tokyo Night” and “Easy Mystery,” among others. Take Your Pick will be released June 15 by Carlton’s 335 Records.

Matsumoto is the chief songwriter, guitarist and producer of the Japanese rock band, B’z, which has sold more than 80 million units in Japan over the course of 12 CDs. In 1999, Matsumoto was given his own Signature Model Les Paul by Gibson and was added to Gibson’s signature artist club. He is the only guitarist from Asia to be added to the club.

Remembering Wayman Tisdale A Year After His Death 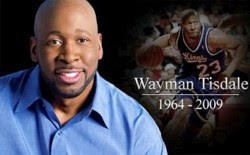 On Saturday (May 15), it will be one year since Wayman Tisdale – a superstar in smooth jazz and on the basketball court – died after a two-year fight with cancer. He was 44. In early 2007, doctors discovered a cancerous growth in Tisdale’s right knee and he underwent chemotherapy. In August 2008, Tisdale had the lower part of his right amputated.

A three-time All American at the University of Oklahoma who went on to become an all star in the NBA, Tisdale turned to music as his pro career was winding down. A bassist, Tisdale in 1995 released his debut, Power Forward. That was followed by In the Zone in 1996, Decisions in 1998 and Face to Face in 2001. In 2003, Tisdale released the gospel CD 21 Days.

Tisdale returned to smooth jazz in 2004 with Hang Time, followed in 2006 by Way Up!. His final CD, Rebound, was released in 2008, debuting at No. 1 on Billboard’s Contemporary Jazz chart and featuring the hit singles “Throwin’ It Down” and “One on One.” Among Tisdale’s other No. 1’s were “Can’t Hide Love” and “Ain’t No Stopping Us Now,” while among his many hits were “Ready To Hang,” “Way Up,” Get Down On It” and “Let’s Do It Again.”

Regina Tisdale, Tisdale’s widow, said recently that husband recorded music before his death that will be released on a new CD this fall. The CD does not yet have a title, but she says describes the CD as being influenced by ’70s-style funk. Among the guest artists is George Clinton, the driving force behind Parliament-Funkadelic. 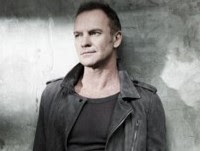 On Friday (May 14), Grammy Award-winning vocalist Sting will kick off the new Summer Concert Series on NBC’s Today show with hosts Matt Lauer and Meredith Viera. He will peform for 30 minutes. The shows take place Friday mornings (and on some special additional dates, indicated in the schedule below) on the plaza at Rockerfeller Plaza in Manhattan.

The show is in advance of Sting’s summer tour with the Royal Philharmonic Concert Orchestra. The tour has Sting performing his most celebrated songs reimagined for symphonic arrangement. 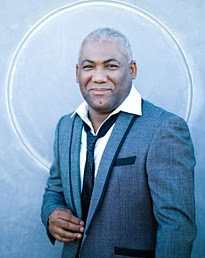 Guitarist and vocalist Jonathan Butler today (May 11) releases a new CD, So Strong, his first studio smooth jazz project since 2005’s Jonathan. Since that time, he has offered the gospel project Brand New Day and a DVD/CD combo, Live in South Africa.

So Strong features 10 original songs written or co-written by Butler, and a cover of Johnny Nash’s “I Can See Clearly Now.”

Butler, who produced and arranged the album, played most of the instruments, including guitars, bass and keyboards. Guests include trumpeter Rick Braun, saxophonists Dave Koz and Michael Lington, and drummer Gordon Campbell. Butler’s daughters, Randy and Jodie, provide background vocals.

Songs include the title track and the smooth jazz single “Make Room For Me,” as well as “You’ve Got to Believe in Something,” “Factual,” “Be Here With You” and “Feels So Good.” In addition, “Be Here With You” is a vocal duet between Butler and Angie Stone.

This summer, Butler will be performing with saxophonist Dave Koz on their Together Again tour. 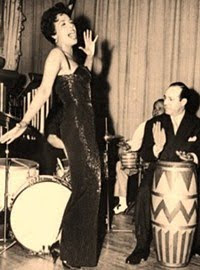 Jazz singing legend Lena Horne, who also starred on the big screen and on Broadway, died Sunday (May 9) in New York City. She was 92. No cause of death was given.

In the 1940s, she was one of the first black performers hired to sing with a major white band, the first to play the Copacabana nightclub and among a handful with a Hollywood contract. In 1943, MGM Studios loaned her to 20th Century-Fox to play the role of Selina Rogers in the all-black movie musical Stormy Weather. Her rendition of the title song became a major hit and her signature piece.

Signed by MGM to a seven-year contract in an era when no other blacks were under long-term contracts at the major movie studios, Horne went on to become one of the best-known African-American performers in the country. She continue recording in the 1990s, most notably for RCA and Blue Note Records.

In 2004, it was rumored that Janet Jackson would play Horne in an upcoming biopic, but that ended after her infamous Super Bowl wardrobe malfunction. Rumors then spread in 2007 that Alicia Keys had been given the role in a Oprah Winfrey production, but the role and the movie never materialized.

Horne is survived by daughter Gail Lumet Buckley and granddaughter Jenny Lumet, who wrote the screenplay for Rachel Getting Married. Horne’s husband, arranger-conductor Lennie Hayton, and her son died in the early 1970s. 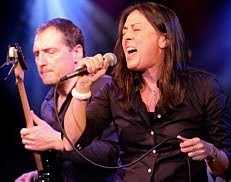 Today (May 7) is a big day for smooth jazz guitarist Chuck Loeb, who is celebrating his 30th anniversary of marriage to his wife, fellow musician Carmen Cuesta.

Today is their official anniversary. The couple has actually been married three times – all to each other. On May 7, 1980, Loeb – who met singer-songwriter Cuesta in November 1979 while touring Spain with legendary saxophonist Stan Getz – were married in a small ceremony in Brooklyn. Then, later that year, the couple was married again – but this time in front of their families. Getz was the best man. The last ceremony took place in Spain, where they were married by Carmen’s uncle, who just so happened to be a priest.

Today, Loeb and have two daughters, 24-year-old Christina and 23-year-old Lizzy. Lizzy is a singer-songwriter as well. In January, she released a CD, Drawing Lines. Lizzy herself sings on her father’s latest CD, Between 2 Worlds. She also played the flute on his smooth jazz hit single “Good to Go.”

Cuesta’s latest CD, Mi Bossa Nova, features production and guitar work from her husband. She also performs on her husband’s CDs, including the lead vocals on “Llevame” on his latest.

Loeb explains how it came to be that he and his wife were married three times, including one where Getz was the best man.

“We just went down to Burrow Hall in Brooklyn and did the whole Justice of the Peace – quick, in and out, five minutes, and went and hung out with our friends. And that was the official date that we were married. But then, we had a party in the United States for my family, and Carmen’s mother came over for that. And that’s the one where Stan was the best man. And then, because we’re a mixed marriage – I’m Jewish and Carmen is Catholic – Carmen’s mother was a little worried about the fact that we weren’t married by a priest. So, we were married in a Catholic church. So we’ve actually been married three times.”