Today (March 19), U.K.-based instrumentalist and producer Paul Hardcastle is debuting the 25th anniversary full video of a new version of his anti-war dance song “19.” The new version, one of several Hardcastle is creating, is called “19: Boys to War” and can be seen on YouTube.

The new version of “19″ takes on US and British involvement in wars in Afghanistan and Iraq. A key excerpt from the new track is spoken, “My God, you know, I’m taking boys to war.” A synthesized voice repeats, “Does this all sound too familiar?”

The new video was inspired by the death in Afghanistan of a friend of his teenage son, Paul Jr. Marine Georgie Sparks was 19 when he was killed by a grenade in December 2008. It was in 1985 that the original “19” debuted with its spoken-word, often-stuttering samples of a narrator talking about Vietnam War veterans. As the song makes clear, “19” was the average age of the Vietnam soldier.

In addition to the “19: Boys to War,” Hardcastle has recorded a smoother version for all of his smooth jazz fans. This one is titled “19: The Vision” and features the vocals of Beckin Biggins, who sang on Hardcastle’s Hardcastle V CD.

Too see those two versions, you can also go to paulhardcastle.com. Both versions of the song will be available via digital download on April 19, the 25th anniversary of the original “19” being No. 1 worldwide.

San Francisco Mayor Gavin Newsom today (March 18) will present the 2010 Mayor’s Art Award to legendary musician Carlos Santana at a private event in the Green Room at the War Memorial Veterans Building. It is hosted by the San Francisco Arts Commission.

“Carlos Santana is without a doubt one of San Francisco’s most beloved icons,” Newsom says. “When he burst onto the scene with his extraordinary new sound he solidified San Francisco’s position as one of the main stages in the history of rock ‘n’ roll. His music transcends not only musical genres, but also cultural, geographical and political boundaries, and he has brought millions of people together through his art. He is also an artist who gives back to his community. It is my great honor to present the 2010 Mayor’s Art Award to Carlos Santana for his commitment to improving the lives of others and for his tremendous contributions to music.”

“I am honored to be given this wonderful award from the city that helped launch my life as a musician,” Santana says. “I am proud to get it from the city of San Francisco, which will always be my home.”

Today (March 16), smooth jazz guitarist Ken Navarro is offering the 19th solo CD of his career, Dreaming of Trains, and is releasing it on his Positive Music record label. The nine-song CD runs 51 minutes and has titles such as “Dream So Real,” “True Stories” and “Everything Being Is Dancing.” Navarro closes the CD with an interpretation of French composer Erik Satie’s “Gymnopedie No. 1.” Featured musicians include Jay Rowe, Tom Kennedy and Joel Rosenblatt.

Dreaming of Trains is Navarro’s follow-up to 2008’s The Grace of Summer Light, which was named the No. 1 CD of the year by a critic at JazzTimes magazine.

Navarro says the CD is his best so far. “I am so grateful to you all for following my music, some of you since the very beginning with The River Flows back in 1990. The musical journey continues for me and I hope for you too, and I can’t express the joy of sharing my brand new music with you and my heartfelt thanks for your support.” 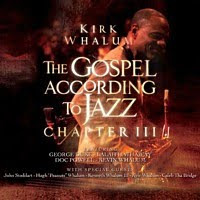 On Tuesday (March 16), smooth jazz saxophonist Kirk Whalum will host a DVD screening of his new The Gospel According to Jazz Chapter III. Whalum will also have a meet-and-greet with at the event, which will be held at the Stax Museum of American Soul Music in Memphis.

The third in Whalum’s fusion of gospel and jazz music will also officially be released as both a DVD project and a 2-CD project on Tuesday. At the Stax event, the first 50 purchasers of The Gospel According to Jazz Chapter III receive a free copy of Grammy-nominated Hymns in the Garden.

There are 17 songs, including “The Thrill Is Gone” with Hathaway and “You Are Everything” with Powell.

Steve Cole Will Release New CD, “Moonlight,” In May 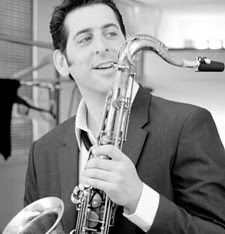 Saxophonist Steve Cole, who released his debut CD in 1998, will offer his sixth solo project on May 10 with Moonlight, on the Artistry record label.

Cole says that Moonlight offers filled with popular standards, old and new, set amidst a orchestral background. In addition to the title track, songs include “You Can Close Your Eyes,” “Undun,” “Cry Me a River” and “The Look of Love.” In addition to the strings, the arrangements include harp, woodwinds and tempered brass. The supporting rhythm section is comprised of Mike Logan on keyboards, Russell Ferrante on piano and Steve Rodby on bass. The string arrangements are provided by Michael Cunningham.

After Stay Awhile, Cole has released Between Us, NY LA, Spin and his latest, 2006’s True.

Cole has also released two CDs with the Sax Pack, which features fellow saxophonists Jeff Kashiwa and Kim Waters. Their smooth jazz hits include “Fallin’ For You” and the current “Can’t Help Myself.”

Happy birthday to vocalist Al Jarreau, who today (March 12th) is 70. He was born in Milwaukee, Wis., and credits his first performing experience singing in a church choir.

Jarreau is currently the only vocalist in history to net Grammy awards in three different categories: jazz, pop and R&B. He added to his Grammy total in 2007 as his Givin’ It Up CD, a duet with guitarist George Benson, won for two songs: the smooth jazz hit “Mornin’” for Best Pop Instrumental Performance and “God Bless the Child,” which features vocalist Jill Scott, for Best Traditional R&B Vocal Performance.

A celebration of pianist Ramsey Lewis’ 75th birthday is one of the highlights of the schedule of the annual Ravinia Festival in Highland Park, Ill. The season runs from June through September. Lewis is the artistic director of the festival’s Jazz at Ravinia series. Lewis, whose birthday is May 27, will perform with Nancy Wilson and the Dave Brubeck Quartet on June 18.

For more information, go to http://www.ravinia.org/. 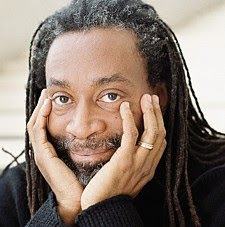 Like his 1988 #1 worldwide hit song “Don’t Worry Be Happy” and his multi-platinum duo album Hush with cellist Yo-Yo Ma, VOCAbuLarieS is based on Bobby’s experiments with multi-track recording and his exploration of the potential of the human voice. The new CD will be offered on April 6 and includes the songs “Baby,” “Say Ladeo,” “Wailers,” “Messages,” “The Garden,” “He Ran to the Train” and “Brief Eternity.”

McFerrin was born in Manhattan. He was exposed to a multitude of musical genres during his youth – classical, R&B, jazz, pop and world music. “When you grow up with that hodgepodge of music, it just comes out,” McFerrin says. “It was like growing up in a multilingual house.”

McFerrin spent his earliest days as a professional musician in jazz and cabaret bands, and it wasn’t until age 27 that he experienced what he calls his “light bulb moment” and realized that his true calling was singing.