Mindi Abair has been working on a 'tell-all' of sorts... it's her new book How To Play Madison Square Garden: A How-To Guide For Stage Performance. Mindi says, "It's the culmination of a lot of years of experience being on stage and learning what works and what doesn't. I've made every mistake you can think of, and I thought I'd condense what I know and have learned from these experiences in written form." The book will be available in print and as an e-book that can be downloaded and is due out in a few weeks. In the meantime, she's got a special performance coming up this Wednesday, September 14th at The Canyon Club in Los Angeles where she'll be filming the show.

Tony Bennett's new CD Duets II is due out on September 20th, but you can catch a preview of the duet he performs with the late Amy Winehouse here: http://www.digitalspy.com/music/news/a339570/amy-winehouse-tony-ben.... The full music video will be released on September 14th. 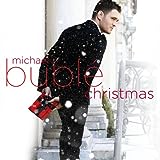 SFJAZZ today announced the release of the SFJAZZ Collective’s eight limited-edition set, SFJAZZ Collective: Music of Stevie Wonder and New Compositions, Live in New York 2011 – Season 8, of which a maximum of 5,000 copies will be produced. Available exclusively from SFJAZZ — presenter of this year’s 29th San Francisco Jazz Festival, running September 15 through December 18 — the deluxe, hand-numbered 3-CD set is the definitive recording of this all-star jazz ensemble’s eighth year. Recorded live April 30-May 3, 2011 at famed New York City venue, the Jazz Standard, the release features new arrangements of the classic works of Stevie Wonder, as well as, all-new original.
Read more at ejazznews.com

By Jeff Tamarkin
Footage from a one-hour-and-45-minute live performance by Ray Charles at the 1961 Antibes Jazz Festival has recently been discovered and will be released on DVD Oct. 24 by Eagle Rock Entertainment and Reelin’ In The Years Productions. Ray Charles—Live in France 1961 features Charles in his prime period with the original Raeletts and his most legendary band (including David “Fathead” Newman and Hank Crawford). These concerts, Charles’ first-ever performances in Europe, are being issued with the full cooperation of the Ray Charles Estate. The concerts have been newly transferred from the original 16mm films and have been digitally restored and remastered.

The DVD features 25 songs, including “What’d I Say,” “Georgia On My Mind,” “Hallelujah, I Love Her So” and “I Believe To My Soul.” Also included are “Doodlin’,” “One Mint Julep” and “Hornful Soul,” showcasing Charles’ jazz chops, as well as the country-tinged Nat King Cole composition “With You On My Mind,” a song Ray never recorded. Also included is a 25-minute bonus section that features six additional performances from the festival. Ray Charles—Live In France 1961 will make its Hollywood (and worldwide) premiere at a special screening presented by the American Cinematheque at the Egyptian Theater in Los Angeles on October 20th. The film’s producers and other notables are expected to be on hand at the event for which tickets are available to the public. The screening will be followed by a panel discussion, moderated by biographer David Ritz, that will include director David Peck, one of the film’s producers, Tom Gulotta, Ray Charles catalog authority James Austin and Rob Bowman, Associate Professor of Ethnomusicology at Toronto’s York University, whose liner notes are part of the Ray Charles—Live in France 1961 package.
To view a trailer of the DVD, click here. By Jeff Tamarkin
Impulse! Records at 50, a concert saluting the golden anniversary of one of the most important labels in jazz history, will take place October 28 and 29, 8 p.m., at the Rose Theater at Frederick P. Rose Hall, home of Jazz at Lincoln Center, Broadway at 60th Street, New York City.
The first half of the show will feature selections from the repertoires of John Coltrane, Duke Ellington, Freddie Hubbard, and co-headliner Eric Reed. Performing artists will include Reed, (piano, musical director) with his group Surge: Jim Rotondi (trumpet); Andre Hayward (trombone); Danny Kirkhum (trombone); Seamus Blake (tenor saxophone); Stacy Dillard (tenor saxophone); Rodney Whitaker (bass); Willie Jones III (drums); and Andy Bey (vocals).
The second half will feature Reggie Workman's African-American Legacy Project (AALP), a 17-piece orchestra and 16-piece chorus celebration. Musicians will include Workman (bassist), Charles Tolliver (conductor/arranger) and Stanley Cowell (pianist) performing “unique orchestra/chorus transcriptions” of Coltrane’s historic Africa Brass by Tolliver, and Workman’s own homage to Coltrane, “Martyr’s Hymn.”
There will also be a free pre-concert discussion with Ashley Kahn, author of The House That Trane Built: Impulse Records, nightly at 7 p.m.
Ticket prices are $10, $30, $50, $75, $95, and $120, dependent on seat location. Hot Seats—$10 seats for each Rose Theater performance (excluding Jazz For Young People concerts)—are available for purchase to the general public on the Wednesday of each performance week, subject to availability. Hot Seats are available only by walk up at the Box Office, maximum of four per person. All tickets can be purchased through JALC or CenterCharge at 212-721-6500, open daily from 10 a.m. to 9 p.m.. Tickets can also be purchased at the Jazz at Lincoln Center Box Office, located on Broadway at 60th Street, ground floor. Box Office hours: Monday-Saturday from 10 a.m. to 6 p.m. (or 30 minutes past curtain) and Sunday from noon to 6 p.m. (or 30 minutes past curtain) By Fernando Rodriguez
For the first time in the Dominican Republic, Richard Bona – One concert only!!!


Latin Jazz Kafé DD, presided by David Drumeaux, will be the producer of the encounter that Bona and his band will have for the first time with a Dominican public that for years has enjoyed his musical offerings.


Richard has been invited to the country several times without being able to materialize an event and has been keen on coming and sharing with this particular audience, and for this occasion brings the many hits that are part of his repertoire of Jazz, World Music and a variety of genres musical that will surprise many of the concert-goers. "He is taking advantage of his visit to the Dominican Republic to present to this public his most recent creations, we guarantee an unforgettable night for lovers of all music," says David Drumeaux.


Bona is a multi-instrumentalist with an incredible natural ability to learn to play any instrument by just watching how it is executed, as well as being a very capable singer. Richard is a musician and a composer before bassist, and his music has the integrity of having each instrument play a role and be designed to contribute musically to the essence of the theme and an area or space whose center is occupied by the melody, and not by any particular instrument.


Bona's language, in his dual role as composer and musician, reflects his many and varied influences (from the complex harmonies of jazz to the intricate polyrhythms characteristic of traditional African music, to the importance of melody which is derived from the musician’s interest in pop and soul). He has played with the likes of Larry Coryell, Michael Brecker, Pat Metheny, Mike Stern, Steve Gadd, Bob James, Chick Corea, among many others.


The famous bassist will be performing with his band, they are: Ernesto Simpson (drums), Etienne Stadwick (keyboards); Tatum Greenblatt (trumpet) and Adam Stoler (guitar)


Opening the concert will be the host country’s Rafelito Mirabal & Sistema Temperado. This is the oldest and most experienced group in the Dominican Republic. Since 1987 playing music from the likes of: Pat Metheny Group, Weather Report, Steps Ahead, John Scofield, Mike Stern, Elements, and Special EFX, among others – they now add the folkloric wealth the country has by playing original compositions and arrangements that honor these roots by incorporating Pri-Pri, Gaga, Guloya, Pambiche, Classic style and Typical style Merengue Classic and many more to Jazz. Mirabal states that ¨Sistema Temperado comes with a tremendous repertoire of high-octane music for this concert that most certainly will leave the stage on fire for the concert of the famous Cameroonian musician, Richard Bona! "

In a surprise and very welcome move at the festival launch in Smithfield this evening the organisers Serious announced that Ornette Coleman is now confirmed as the closing headline act at this year’s London Jazz Festival to appear on 20 November at the Royal Festival Hall. It will be the alto saxophone great’s first appearance in the UK since the celebrated Meltdown festival he curated on the South Bank in 2009.
Ornette, who changed the face of jazz forever in the 1950s and 60s with Something Else!!!!, Tomorrow Is The Question,The Shape of Jazz To Come and This Is Our Music in what became known as "free jazz" after his later album of the same name and a continuing inspiration to a new generation of UK, broader European and US jazz and alternative rock musicians, joins a fascinating list of headliners at this year’s LJF that's held in association with BBC Radio 3 and sponsored by Jazzwise.

Introductory speeches at the launch were made by Roger Wright, controller of BBC Radio 3; Moira Sinclair executive director of Arts Council England; and Claire Whitaker, a director of Serious.

For the full line-up of the festival go to www.londonjazzfestival.org.uk