Stars ranging from Stevie Wonder to Norah Jones to Al Green are heading to Rotterdam, Holland this weekend, as the prestigious North Sea Jazz Festival gets underway.

The international festival first took place in 1976 and included legends like Sarah Vaughn, Dizzy Gillespie and Stan Getz. Since those days, the 3-day event has grown to 15 venues featuring over a thousand artists, genres from fusion to swing, avant-garde and world beat, and nearly 70,000 fans.

Boney James is Back

Saxophonist Boney James made a triumphant return to the concert stage this weekend (July 3) after months recuperating from a car accident. James tweeted “Thanks Rodney Strong Winery [in Northern California] for making our 1st show back so fantastic! You guys rocked.”

Back in May, James was rear-ended at 70 mph while stuck in traffic. He suffered a fractured jaw, broken teeth and 14 stitches in his chin. Just a few weeks ago he reported that he hadn’t been able to play for 6 weeks and was wearing a brace on some of his teeth, but was anxious to get back in front of his fans. His next scheduled dates are this week:

Hancock describes The Imagine Project as a way to achieve peace and global tolerance through the power of music; it was largely inspired by a PBS documentary, Journey of Man, in which genetic scientists trace the global family tree to a single African man from 60,000 years ago. “I decided I wanted to make a global record as an answer to the question of how do you accomplish peace, and one path is through…collaboration.”

Following in the path of his Grammy-winning 2007 tribute, River: The Joni Letters, this new album doesn’t include any original compositions; rather, there are 10 songs reflecting Hancock’s Buddhist beliefs in peace and global responsibility.

Part of The Imagine Project is a globetrotting, feature-length documentary shot by Oscar-winning filmmaker Alex Gibney (Taxi To the Dark Side) showcasing Hancock and the other artists working in studio settings around the world.

As for what’s next, Hancock states, “I feel like I turned 30. For me, sitting back and being in a comfort zone is like death. I want to be very much alive. There’s too much growth in me, more surfaces to scratch.”

The album covers a range of genres, from blues to hard-bop, rock and more. Ritenour sought out not just name players for the project – he launched a worldwide search for young talent. The winner of the contest, 16-year old Shon Boublil of Montreal, received a scholarship to Berklee College of Music and appears on the album playing a classical piece.

Ritenour brings a taste of the project to the Hollywood Bowl on July 21st, performing with Keb’ Mo’, Taj Mahal, John Scofield and Dave Grusin (on piano). 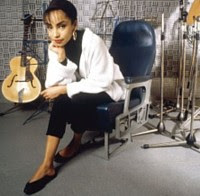 Sade will find out if she’s a winner on Sunday (June 27) at the 10th edition of the BET Awards. Sade picked up two nominations, for Best International Act and for the Centric Award. Sade’s latest CD, Solider of Love, features three smooth jazz singles: “Soldier of Love,” “Babyfather” and “The Moon and the Sky.”

The awards honor not only achievements in music, but sports and films as well. Leading all nominees is Jay-Z with five. Those with four nominations are Alicia Keys, Beyoncé, Trey Songz and Melanie Fiona. Among this year’s best new artist nominees is pop star Justin Bieber.

Among other nominees is Maxwell for Best Male R&B Artist, Jamie Foxx for Best Actor, and Michael Jackson’s This Is It for Best Movie.

The host of the show, which airs live from the Shrine Auditorium in Los Angeles, is vocalist and actress Queen Latifah. 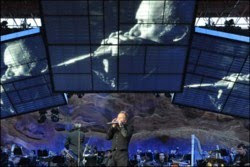 The 60-minute show captures Sting performing live earlier this month as part of his current Symphonicity tour at the Red Rocks Amphitheatre in the foothills of the Rocky Mountains in Colorado.

Sting performs his greatest Police and solo hits, re-imagined for symphonic arrangement and backed by the 45-piece Royal Philharmonic Concert Orchestra and a five-piece band conducted by Steven Mercurio.

Private Sessions will also feature five songs by Sting captured exclusively by A&E’s cameras as well as an interview with host Lynn Hoffman.

Donald Fagen Will Release A Solo Project In 2011 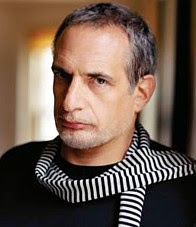 Donald Fagen of Steely Dan says he will release his fourth solo project in 2011 with an CD largely recorded on computers away from conventional studios. Fagen told Reuters he is recording in New York at the home of Steely Dan trumpet player Michael Leonhart, who is co-producing the album.

Fagen, 62, has released three solo CDs – The Nightfly in 1982, Kamakiriad in 1993 and Morph The Cat in 2006. “Those albums were a trilogy,” Fagen said, noting his first solo record was themed around the 1950s, the second about the current day and his third was futuristic.

Fagen currently is promoting his upcoming tour with Michael McDonald and Boz Scaggs, playing together as The Dukes of September.

The trio backed by a band and horn section, begin a nationwide tour on Aug. 19 in Danbury, CT, and stay on the road through October 2, when they play Las Vegas. The concerts will feature several hits each from Fagen, McDonald and Scaggs and then focus on the type of classic songs that drew the trio to music in the first place – hits by the likes of Ray Charles, Chuck Berry and Wilson Pickett. 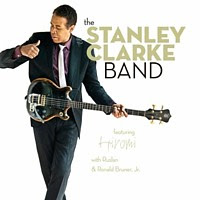 Among the 11 songs is a cover of the Chick Corea song “No Mystery.” In addition, Hiromi composed “Labyrinth” and Sirota composed “Soldier.” Other tracks include “Here’s Why Tears Dry,” “Sonny Rollins,” “Bass Folk Song #10” and “I Wanna Play For You,” the latter with Clarke on the talk box.

The Stanley Clarke Band is now touring the U.S. and Canada and will tour Euorpe before returning to the U.S. in September.

Clark has performed in the past with Corea, Gil Evans, Stan Getz and Pharoah Sanders, among others. He had his biggest hit single with George Duke with the 1981 song “Sweet Baby.”

Clarke has composed the soundtracks to the movies Passenger 57, What’s Love Got To Do With It and Boyz N The Hood.

Boney James Might Lose Teeth Due To Accident, But Ready To Play 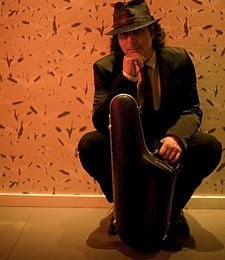 Smooth jazz saxophonist Boney James says he’s looking forward to returning to the stage after a fiery accident that almost took his life. James suffered cuts and bruises, two broken teeth and a fractured jaw in the accident on May 15 when he was rear-ended by a speeding motorist on the San Diego Freeway in Southern California. He was returning from a show at the Hyatt Regency Newport Beach Jazz Festival.

“Playing my horn for first time since accident!,” James wrote today (June 24) on his website. “The July gigs are on!”

James’ first show after the crash is July 3 in Healdsburg, CA, at the Rodney Strong Vineyards. Other stops include St. Charles, MO, at Ameristar Casino; Winter Park CO, at the town’s jazz festival July 25; San Diego at Humphrey’s July 31; and the Long Beach Jazz Festival Aug. 13.

“I’m really excited to get back to playing shows,” James says. “I broke my two front teeth in the accident and couldn’t blow for six weeks. I still have a brace on them and might still lose the teeth, but I’m able to play and need to get back on stage. I do feel very lucky to be alive, and being able to play my horn again is the best thing in the world.”

James says he was stopped in traffic in his BMW 535, talking on his car speaker phone with his wife Lily Mariye, when an alleged drunken driver rear-ended his car at 70 mph. Passersby pulled James from his car. James later learned that they feared the car that hit him, which was fully engulfed in flames, would set his own car on fire.